They were so big that in 1998 WCW split them into two groups- NWO Hollywood (Black and White) and the Wolfpack (Black and Red).

Unfortunately WCW decided to combine the two and that’s how we got this NWO Wolfpack bucket hat.

This hat was fashionable in the late 90’s, which says a lot about how many stupid things were fashionable at one time.

If you wear a bucket hat, you look like a total douchbag.

You know who wore one?

This guy on the New Radicals’ album cover. 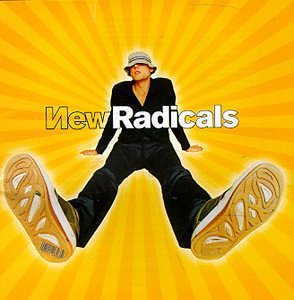 Let that be a lesson to you, Crappers.