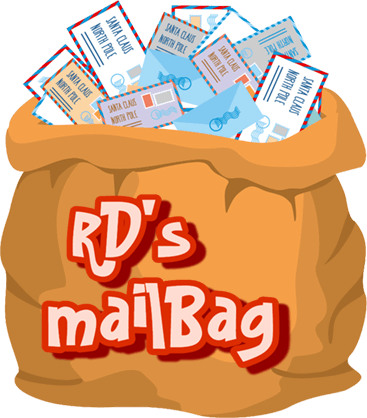 As promised, the mailbag has returned! Feel free to submit questions rightchere and we will plow through them as we get ’em. And if we don’t get enough, I’ll just ramble about whatever I feel like rambling about. So yeah, that’s your warning I reckons.

Daniel M asks: If you had to wear one outfit out of these two to a fancy dress party which would it be? A) Mantaur or B) Bastion Booger?

For sure Mantaur. Any time you go to an upscale hootenanny, you’re best to be bedecked in headgear of some sort. Look not further than role models such as Rich Uncle Pennybags and Mr. Peanut.

Alessandro writes: Any chance we’ll see the return of “The Greatest Night in the History of Our Sport” as part of the revamped site? I mean, it’s still visible in the “More” drop-down menu & everything …
I was just talking to the great Jed Shaffer who wrote this piece as well as many of the fantastic Rewriting the Book columns the other day. From Jed himself:

Well, that’s out of nowhere. And a nice ego boost for the day! I’ve firmly hung up my wrestling writing shingle and moved on to another project (a radio drama-style podcast that might release before the heat death of the universe), but if someone wants to take the ball and run with it, that’s between them and you and whatever bribe they can afford.

(And I’d be willing to share the notes and concepts I had.)

Theodore B asks: Uh i was just wondering…..what’s your overall opinion of Goldberg? I feel like he’s the most Youtubeable(lol) pro wrestler ever in short spurts. Him and Shawn Micheals. Even though Goldberg was never considered a great “worker.” Was there ever another pro wrestler booked like him?

It’s interesting, when he was in his WCW prime, I never really cared for him. But over the years, as I’ve gotten older and my attention span has been ever shrinking, I’ve gained new appreciation for him. Heck, I just posted his bout with the Yeti as our second SQUASH of the Week, and I suspect he will be there quite a bit.

As for other wrestlers booked like him…over the years, you could argue many were. Look at the Road Warriors – they were booked like two Goldbergs at the same time. And it worked. But just a winning streak alone isn’t enough to get over like Bill did, you have to have charisma and the so-called it factor. Look no further than Crimson or Tatanka. They both had longer win streaks than Goldberg and neither were in the same ballpark.

PB asks:Will we ever find out what happened to the actor who played Cheatum the evil one-eyed midget?

Dude, no one wants to know more than me and I have come up empty handed in my searches. So the search goes on.
With that said, I introduced Vince Russo to the Cheatum saga the other day (recorded it for Patreon of course)…he had never seen it before, which I found utterly impossible to believe. He then introduced these vignettes to Disco Inferno…who had ALSO never seen them. Is Cheatum the most incredible yet forgotten piece of WrestleCrap ever? He just could be.

Ant writes: First, I want to say that I’ve been visiting this site since 2002 right after I had finished my Freshman year of college! I would be pretty excited for the weekly induction as well as your mailing! I’m excited you’ve decided to bring it back, and hope that fellow crappers send questions! Now for my question, with WWE now under a new regime, are fans jumping the gun with their excitement? I’ve got a feeling that as fans we should take more of a wait and see approach with everything. What are your thoughts? Thanks!

We live in a world where everyone wants one person or one thing to be the sole cause of anything bad (or good, for that matter). Look around and you’ll see that’s not just in pro wrestling, but pretty much anything else you can imagine. While it may have been true in The Wizard of Oz, rarely is someone ousted from a top position and suddenly everyone is dancing about in glee. It just doesn’t happen.

It is my opinion that in many ways, WWE has presented a…you know, I am just going to say it, BAD product for years. And thus, everyone wants to point the finger at someone and largely here it is Vince McMahon (and to a lesser extent Kevin Dunn). So when Vince was scandal’ed himself out the door, everyone was immediately expecting a new boom era to start the following day. Maybe it will happen, I sure hope it does, but to quote Hunter himself, it’s a marathon, not a sprint.

And seriously…should we really be celebrating that a wrestling company now allows its “wrestlers” to talk about “wrestling”? How low a bar can we possibly set? Shouldn’t we expect a bit more than that?

Anonymous writes: Do you think Jim Cornette hates The Elite as much as he says he does or is it a work, like Dave Melzer says? Personally, I say that no one doubts that he hates Vince Russo, Jim Herd, Johnny Ace, Santino Marella, Tim Horner or Greg The Office Boy, so why would I not believe he really hates Kenny Omega and the Young Bucks.

I think Jim Cornette is one of the most brilliant people in wrestling in 2022. I say that not because I agree or disagree with anything he says on his shows, but rather the fact he has taken his heel manager gimmick of the 1980s and adapted it flawlessly to the internet of today.

It really doesn’t matter if he truly “hates” anyone you’ve mentioned or if he doesn’t. What matters is that he has people believing that he does. Sometimes, perception isn’t reality, sometimes perception is greater than reality. And that’s what Cornette has been able to do – convince people that what he says is 100% fact, even when it in some cases clearly isn’t. You’d think that would see him fall into “shock jock” category, but he is so clever that he deftly avoids it by throwing in enough spot on real life analysis of the business that it hides what he is perpetrating.

My hat goes off to him. It’s incredible, and what is fascinating is that even folks who should know better are swallowing the bait, hook, line, and sinker…and in doing so, helping to gain him more listeners/viewers every day.

That’s it for this week, but please, get those questions in! Feel free to ask about anything you want, the stupider the better honestly. Maybe if they’re good enough we can even make them AWARD WINNING, PRIZE WINNING as well. 😉

Just One Question This Week… and It’s for YOU, Fellow Crapper