Pro wrestling has never been short on wacky characters. As over the top as most of the wrestlers are, wrestling managers have to be even more outlandish. After all, they can’t rely on inside the ring work to get over. A manager has to dress outrageous and talk slick if they want to get the fans attention and ultimately get their protege over. However, a strange thing happened in the late 80’s. Sure, the Bobby Heenans and Jimmy Harts of the world still reigned supreme, but new types of managers/sidekicks started to pop up. 1987 alone would see birds, snakes and dogs all hanging out at ringside, providing support to their wrestlers.

Leave it to the NWA’s New Breed to take non-human managers to another level. 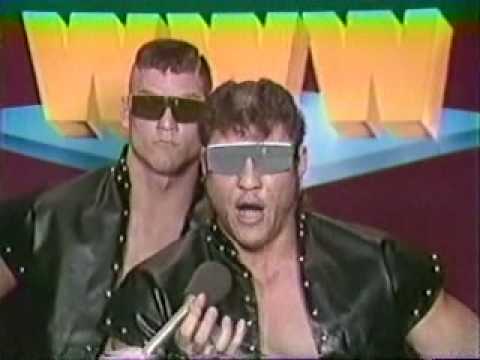 You WrestleCrappers remember Chris Champion and Sean Royal, the New Breed, right? The wrestling “time-travelers” who visited Jim Crockett Promotions in 1987, coming all the way “back in time” from the world that they lived in… the year 2002. A world where Dusty Rhodes was the President and the Rock ‘N’ Roll Express were “midget slaves,” by the way.

I feel high just typing all this info that I transcribed directly from Champion, I should note.

Arriving in the NWA, the New Breed first found themselves in a feud with “Boogie Woogie Man,” Jimmy Valiant and Lazer-Tron, whom Chris Champion thought was an actual robot. Showing no respect to his foe, Champion would repeatedly call Lazer-Tron the worst insult you could call a so-called robot – “Go-Bot.” 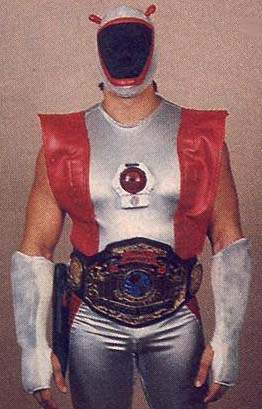 Pfft, I think even Leader-1 and Cy-Kill could kick Lazer-Tron’s ass.

To help get the edge over the tag-teams they were feuding with, the New Breed used their “flux capacitor” to beam themselves a manager from 2002. The big reveal was set for, no, not the “mothership” Saturday broadcast, but the one hour Sunday show at 7:05est. Remember that show, the one that most people forgot about by the time the weekend was winding down? 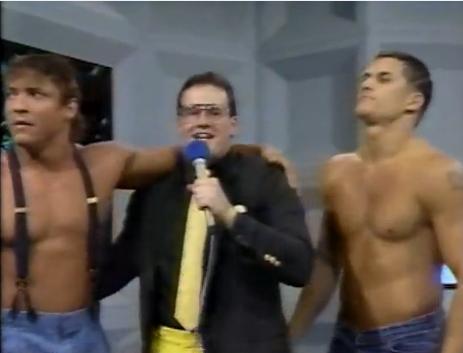 Jim Cornette was on-hand to witness the shenanigans. He must’ve done something to really piss off the Crockett’s that weekend to wind up with this gig. Cornette seemed happy enough to see the guys until it was time to introduce their new manager…DRUMROLL…

And a vintage Cornette face!!! 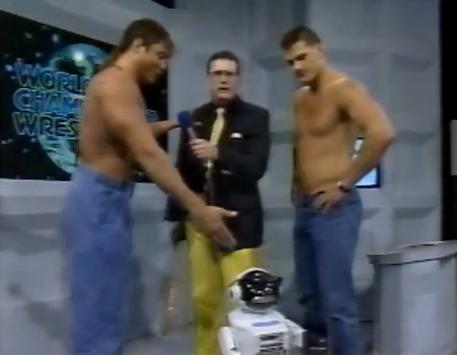 Poor Jim, he looks as thrilled as a wrestler who just ate a feces-tainted Blizzard from Dairy Queen. But Jim wasn’t there just to attempt to ruin his wrestling career via guilt-by-association, he was there to interview XTC-1. Yes, the New Breed’s Radio Shack-looking sidekick was about to cut a promo! And here you thought he’d be as useless as this hunk of junk… 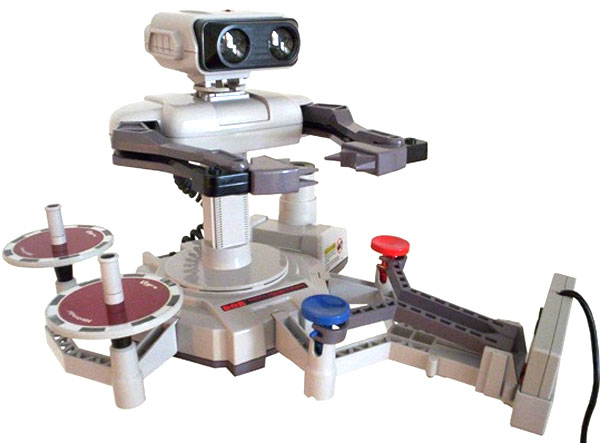 With a flick of a switch or something, Champion turned on XTC-1, and the wrestling world prepared to never be the same again. 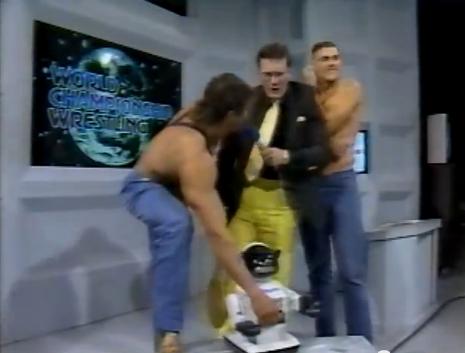 I haven’t been as frightened at the sight of human hands getting ready to potentially unleash the end of humanity since Frank Cotton opened the Hellraiser puzzle box. 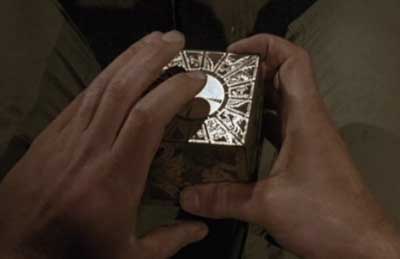 And off we were. Jim Cornette assumed the microphone position to get the kind of one-on-one scoop the wrestling world wouldn’t see again until Jim Ross interviewed Mankind on Raw in 1997. XTC-1 was set to reveal his plans to rule the wrestling world. 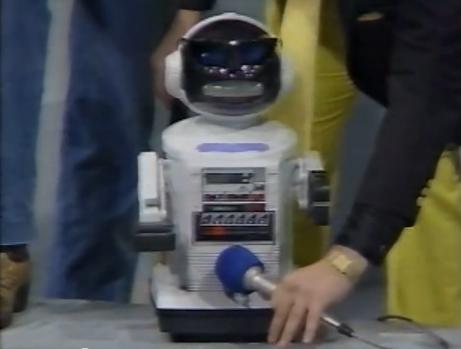 A couple things to note here. I mean, beyond that futuristic, mumbo jumbo promo we just heard.

One, why does Cornette have the mic so low? Is XTC-1 talking out of her crotch and if so, shouldn’t her name be R2-Queef2?

Two, for a robot that’s supposed to be from the future, that sure sounds like Baby Doll talking and sounding as sedated as someone who had just taken half a bottle of Quaaludes or something. W

Poor Chris Champion. This look on his face mid-promo tells it all. He looks ready to set his time machine for the year 1993 to begin his Yoshi Kwan era immediately. 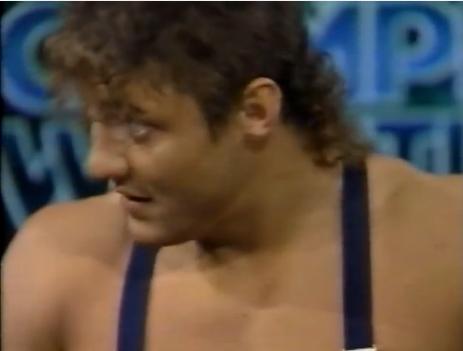 Believe it or not, that was not XTC-1’s only appearance. The New Breed would drag her out for a few more appearances on the syndicated NWA weekend television shows. Unfortunately, all of this was just a few weeks before Chris Champion broke his arm in a car accident, shelving not only the New Breed’s upcoming feud with the Rock n’ Roll Express, but also XTC-1’s wrestling career.

I’ll always wonder how Ricky and Robert would’ve countered XTC-1. Perhaps with a crappy robot of their own? Perhaps… 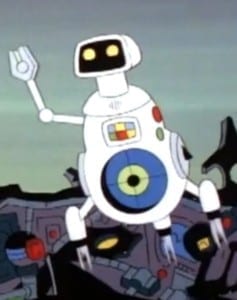 How about the robot from Rocky IV? 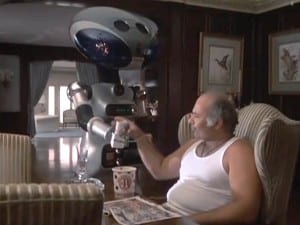 Definitely would have the size advantage to counter XTC-1, but I think there’s only one 80’s robot that could match XTC-1 promo-for-promo… 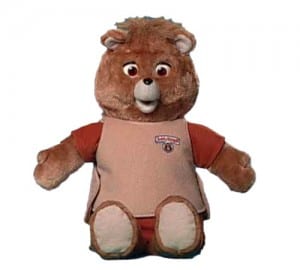 Don’t let Teddy Ruxpin’s cute fur fool you, there’s a twisted machine under all that!! 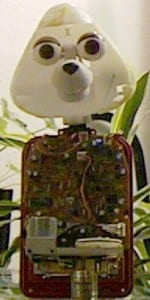 Yo Man Mountain Rock, what do you think about all this robot stuff? 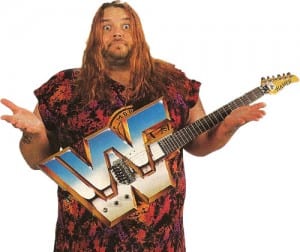 Heh, I’ve always wanted to do that…