From time to time, I’ve heard pro wrestling called a cartoon come to life. With today’s induction, there’s no arguing with that analogy. But for once, it’s not just the old Hulk Hogan’s Rock & Wrestling animated series we’ll be discussing, but rather an hour-long special that aired promoting the 1985 fall Saturday morning cartoon block for CBS.

I guess first I should explain some of the terminology I’ll be using today, because if you weren’t around in 1985 when this thing first hit, you’ll likely be scratching your head on a few things. So for those of you under the age of, I dunno, 80 or whatever I am these days, here we go:

And this kicks off with a bang before it even stars as we get…the CBS SPECIAL PRESENTATION SWIRLING RAINBOW LOGO.

I almost feel like I need a smoke after watching that.

CBS would bust that out every once in a while and it always meant something awesome was about to take place. Could be It’s the Great Pumpkin, Charlie Brown. Maybe it was Rudolph’s Shiny New Year. Possibly that Christmas cartoon with the mice that only I remember. But good times were always ahead.

Good times like this one! Rest assured, this was a VERY special presentation, as while it featured cartoons that would be shown on Saturday morning, this event actually aired on FRIDAY night. It was something to really get those kids out of their minds and likely unable to sleep with excitement over what was going to start just twelve or so hours ahead.

Likely to keep adults also interested, CBS wheeled out some major names for this spectacular, including, but not limited to… 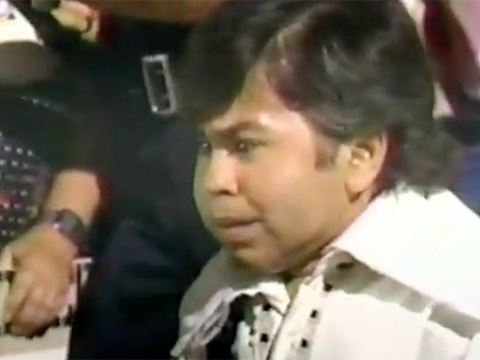 How on earth have the past two inductions I’ve written somehow featured Tattoo from Fantasy Island?

I’ve been running this site for 22 (TWENTY TWO!!!) years, and I don’t think I have EVER even mentioned him (). Now all of a sudden, he’s like a running gag.

He was to be the host of the entire event, but someone else had other ideas.

And he’s not alone, as he’ll be joined by other mainstays such as Patti LaBelle, New Edition, Kareem Abdul Jabbar, and Pee Wee Herman.

Oh and Hulk Hogan and Captain Lou Albano are also there.

Seriously, though, do you care about other pro wrestlers when we’re getting Kareem and PEE WEE FREAKING HERMAN?

Piper didn’t either, as he was handed a cue card that has Hogan’s name on it, which he promptly tears to shreds.

Good for him, that guy was getting enough attention then as it is. Plus I don’t think I could have taken a full hour of Hogan calling the Wuzzles his “brothers” or Baby Fozzie “Jack.” 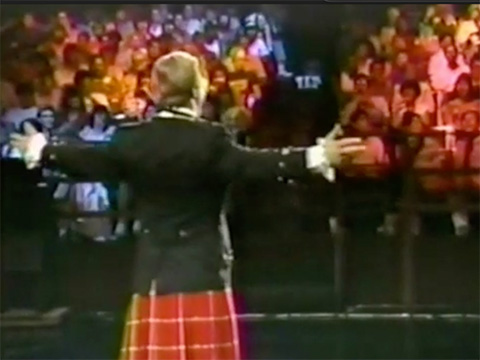 Piper is in front of a full studio awesome (whom he lovingly refers to as “peasants”) and starts us out with a full Tonight Show style monologue. In it we learn the network was looking for someone to host and they reached out to three people: Sylvester Stallone (crowd cheers), Bruce Springsteen (same), and Piper (massive boos). He tells us that he was the one chosen since he could be trusted to talk to Pee Wee. Also he stole rubber bands from Lou Albano, Kareem was eating basketballs, and New Edition were mowing his lawn.

To you and me, it’s a typical Piper promo.

For any non-wrestling fan who were witnessing this madman rambling off the rails for five minutes straight?

Which would be too bad. 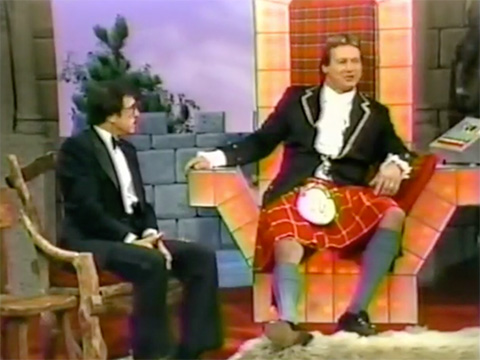 Following the opening and a brief pitch to a clip of the music video Goonies R Good Enough, Piper moves to his throne (complete with tartan covering!) and is joined by Gary Owens, most famous for being the voice of Laugh In, a show that’s impossibly even older than I am. We might have to bring in Papa Vince Russo to tell us more about him on the next Joker’s Mustache.

Kareem is our first guest, and the two share a couple of good natured barbs, with Jabbar deadpanning “Herve, you’ve grown!” After a few moments of breaking the ice, Kareem asks Piper if he can ask him a question.

Piper: “Sure, go right ahead.”

Kareem: “You won’t get offended?”

Piper: “Between pros like you and me champ, go ahead!”

Kareem: “Well…who are you?”

Piper stares right into the camera, no doubt thinking, “If I attack this man on live television, how many years will I get?”

Before things can get too out of hand, Kareem wants to offer up a clip from the new cartoon, The Berenstain Bears. 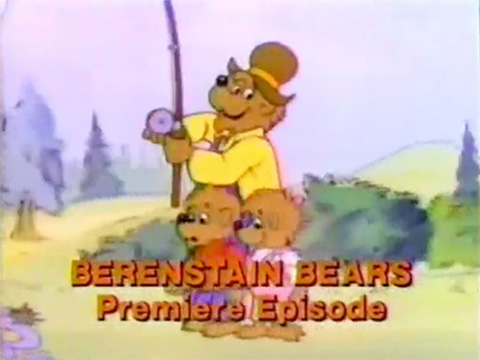 “In this clip,” Kareem notes, “Papa has just decided to take up kite flying.”

And sure enough, that’s what we get.

I will say this: if I ever had even a 1% interest in watching this show, Kareem telling me the primary plot you are going to feature, the selling point if you will, is about kite flying just dropped that to .00000000000000001%.

Kareem makes it up to us as he leaves…

…he hits Piper right in the head with a basketball.

Ok, a show where random NBA stars pelt Piper with basketballs, that I would watch.

Piper in a dunk tank would also be must see viewing.

Backstage, Herve is still trying to get to the stage, beating on doors left and right.

I’d like to think everyone saw him coming in that mariachi outfit or whatever it is and immediately triple bolted the doors. 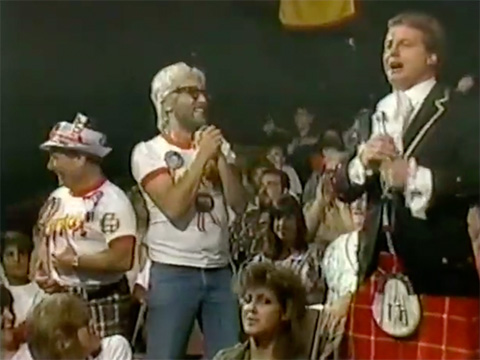 We get some interaction with the crowd next, and Piper meets up with Nessbaum and Salvatore, who happen to be in the Roddy Piper fan club. Roddy is thrilled of course, and doesn’t even insult them. It seems like he is truly humbled to have these geeks cheering him on. “We’ve seen all your fights,” they tell us, “and also know all the people who are scared to fight you!” 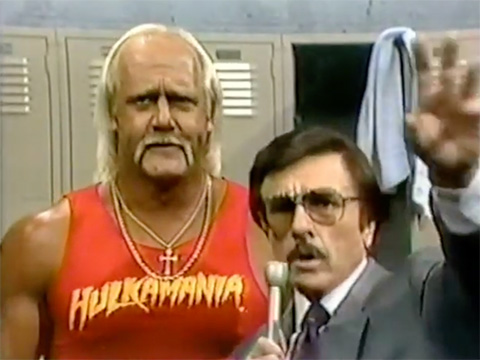 Those guys are right – he is scared of Piper!!

In a weird moment, as this is a pre-tape, the whole time he talks about how happy is to be on the show hosted by Herve. “He’s not as tall as I am, but he’s working out to be as wide!” 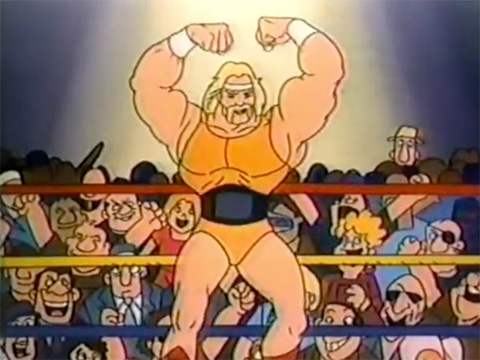 We are introduced to clips of the cartoon, and in hindsight it has some truly horrible art.

I mean, it’s not so horrible I won’t shill for an old induction of it, but it’s pretty bad. 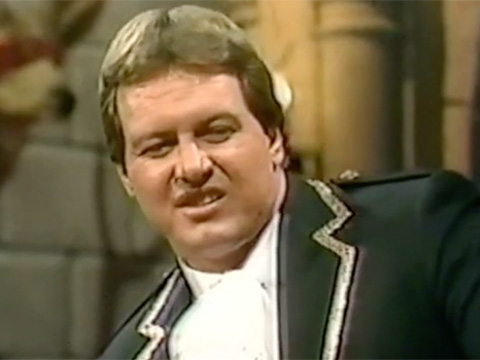 New Edition is out next, singing and dancing in glorious red tuxedos.

I remember every band from the 1980s and with a gun to my head, I could not tell you one song these guys sing. 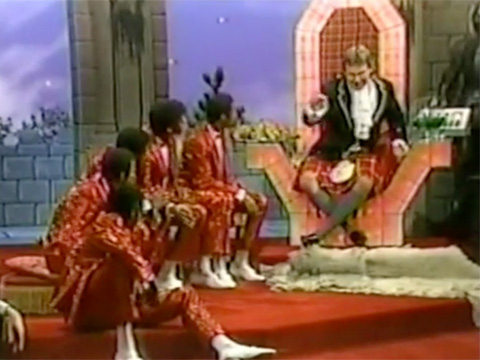 They join Roddy on the set for a chat. Gotta love that Piper has his fancy chair and half these guys have to sit on the floor. They also balk that Piper gets catering and they don’t. Roddy gives them some sage advice: “There’s a pop machine down the hallway – go get something if you want it!”

He also gives them each a picture of himself, which they proceed to tear in half.

In hindsight, Piper was right to not share the food. What a bunch of ingrates. 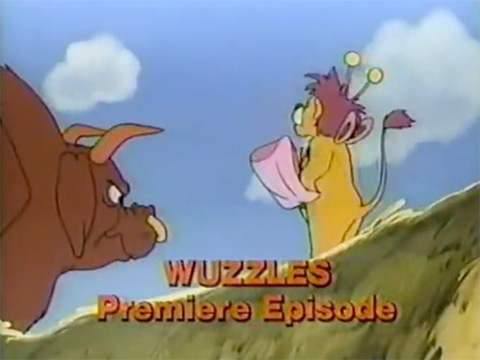 We are then given a clip of the show Wuzzles, which is somehow the second thing in a row from the 1980’s of which I have absolutely zero recollection. To be fair, I’d have been 16 at the time so I’m giving myself a pass from watching a cutesy pie kid show like this.

Next up, we get King Lear starring Roddy Piper and Lou Albano. 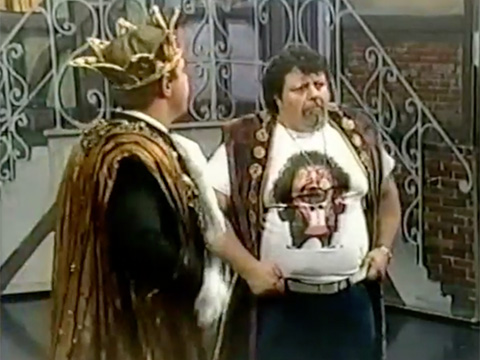 Really. I’m not making this up.

And if you think I am… 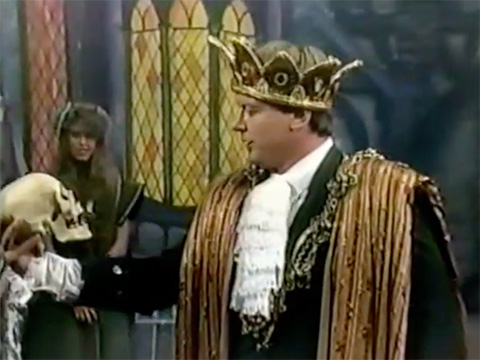 …Roddy gives us a soliloquy, wherein he cuts a medieval promo on a skull he named “Hogan”.

In his defense, they do have the same hairline.

I’ve never done LSD, but I gotta believe if I did, nothing I would witness could possibly compare to the utter insanity witnessed here.

In fact, let’s just put the whole segment up on YouTube, pray no one yanks it off there, and splice it in here.

And if THAT wasn’t enough…

…we also now have a GIF of Roddy Piper and Pee Wee Herman working together on a SOCK PUPPET ACT. 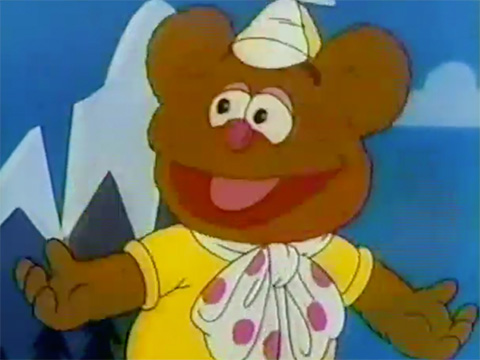 At any other time, on any other planet, Baby Fozzie is king.

Not even in the ball park.

Let’s see, what else do we have?

Well, we get Lou Albano breaking a chair then kicking his feet in the air like one of those turtles who gets knocked over in the original Mario Bros. game… 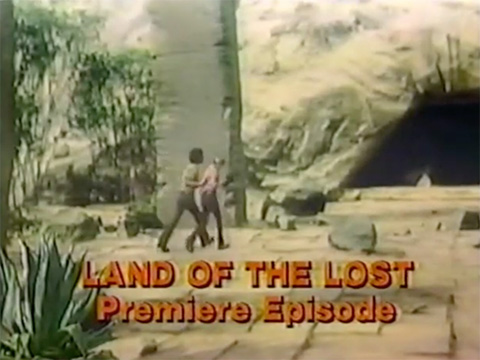 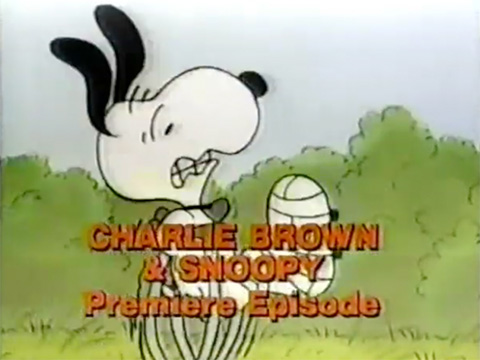 …Charlie Brown & Snoopy, and finally the greatest cartoon in the history of man…

No joke that is my favorite cartoon of all time and nothing else is even in the ballpark. I want to finish this induction up in a hurry so I can go binge the entire series again for the 43rd time. 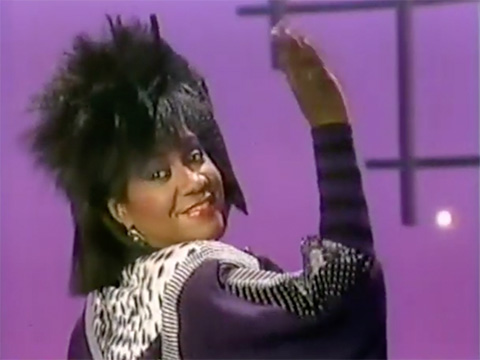 Before I can do that though, I have to tell you that Patti LaBelle does in fact appear. Not only that, but we get the following dance quartet:

Yes, ladies and gentlemen, that is Patti LaBelle, Kareem Abdul Jabbar, Pee Wee Herman, and Roddy Piper dancing together in what may be the single most 1980’s animated GIF you will ever find.

That really, really should have been the end of the show, but we power on with… 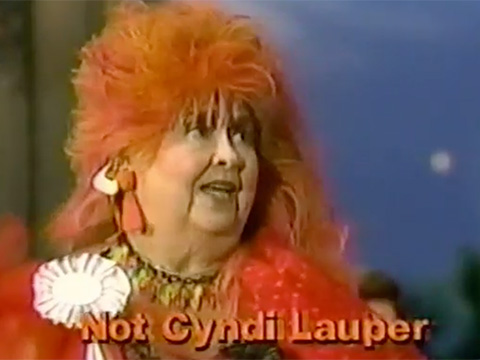 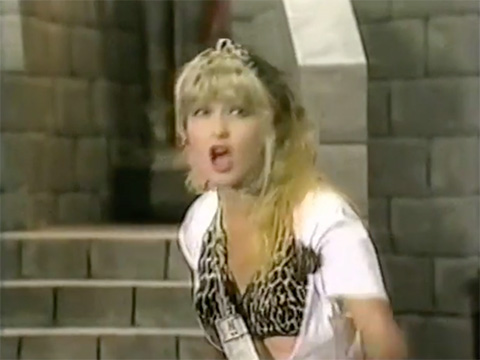 …and the real Cyndi Lauper with Herve in tow.

I was never much of a Cyndi fan, but she is an absolute smokeshow here. That blonde hair makes all the difference, baby. 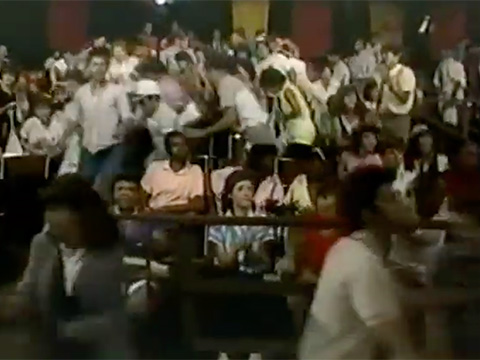 She tells everyone that this awful show Piper did is over and they are going to re-record the whole thing in the studio next door, causing a mass exodus of folks running of the exit. 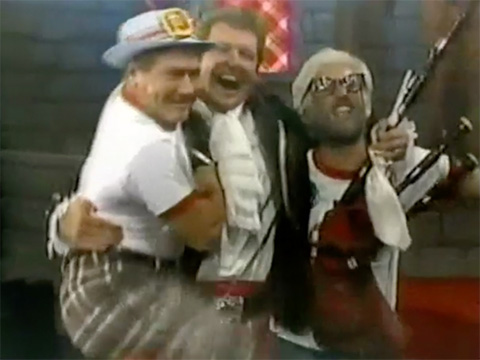 Except for two folks.

Glad to see everyone got a happy ending here…Roddy included.

And the world at large as well, because we can all now share this until the end of time.

Spin The Wheel Make The Deal