It features the Body Avalanche move, which looks more to me like he’s pounding on the table demanding dinner.

Boy, Bastion’s “signature” on that backing card is a lot tidier than you’d expect from a guy named Bastion Booger, isn’t it? It’s almost as if it’s a font and not his actual signature… 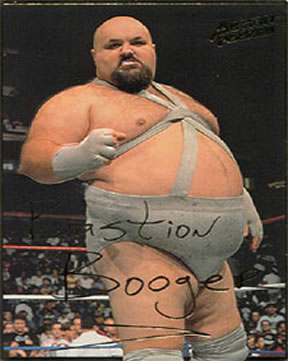 Hey WWE and Hasbro- Why didn’t you make this for real back in 1993?! License to print money!

It’s for age 4 and up so it’s safe for your Little Booger.

All it really needs to make it perfect are a little plastic slice of pizza and tiny bucket of chicken as accessories.