I am man enough to admit when I’ve made a mistake.

On old man social media a few weeks ago, I asked for some horrible matches to induct. While I can quickly point out the most craptastic characters and storylines in wrestling, I sometimes draw a blank when someone prompts me for a stupid match. I can’t explain quite why that is – I’ve sure seen enough of them in my day for sure.

But let it be known y’all have seen some crap even I had never witnessed. And now, after the last few weeks of Arcidi vs. Atlas and that idiotic helmet match, I wish I never had.

If, for whatever reason, you relish such disasters, it’s your time to feast once more. 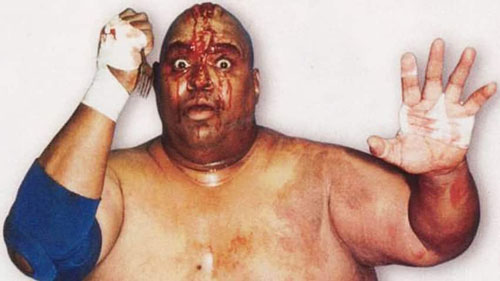 And this time, Abdullah the Butcher has a fork waiting for you.

Ready to meet your dinner partner? 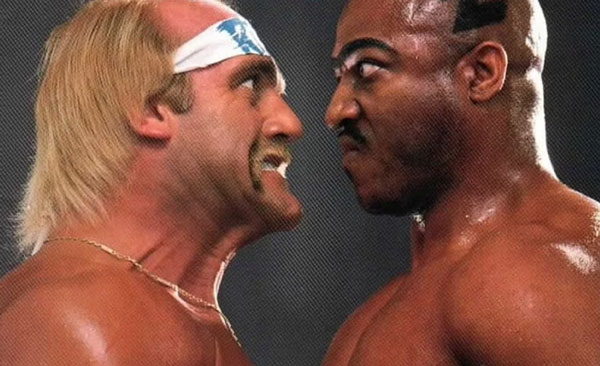 Well, it’s none other than the Human Wrecking Machine himself, Zeus!

Before we continue, let’s stop for a moment and ponder this.

There was someone who once upon a time leaned back in a chair, stroked his filthy, rum-soaked beard, and said, presumably outlaid, “You know what would be a really great match? Abdullah the Butcher versus Zeus.”

It’s almost enough to make you want to annex all of Puerto Rico (Progress Island USA.)

There’s an old saying that a picture is worth 1,000 words. Not sure what the exchange rate would be factoring in animated GIFs, but rest assured I need ’em to tell this ridiculous story. So yeah, this is an induction containing tons of them.

Unless you are on the fastest super duper fiber optics blast speed, my guess is this page is going to take like four hours to load.

But hey, I know you don’t want to miss a minute of heavy hitting action such as this. I’ve heard of working light, but that seems a bit excessive. I make my scrambled eggs with more blunt force trauma than that.

Keep in mind, what you have just seen is the first thirty seconds of this bout. Zeus is already looking completely blown up, and we still have a full twelve more minutes to go! 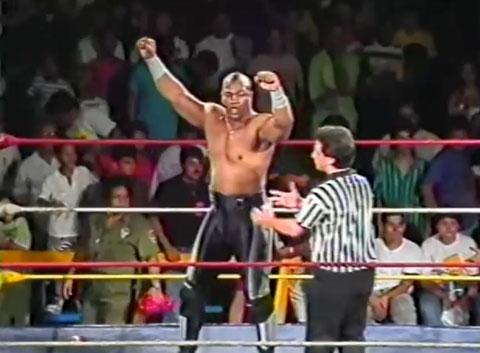 No doubt to catch his breath from such an incredible display of brutality, Zeus stops beating on Abby and rolls in the ring as we get his proper introduction, with the ring announcer telling fans that he hails from California.

Shouldn’t he be from Mount Olympus?

Or at the very least the World Television Network?

Following such a massive beating, The Madman from the Sudan has no choice but to attempt to shake the cobwebs out of his skull. He then flails his arms a little bit in a gesture I can only term as “Abbying Up.”

That or maybe he was trying to hike his pants up even higher, not sure which.

Why I can just imagine a young Sid Vicious looking at this attack and thinking, “You know what… 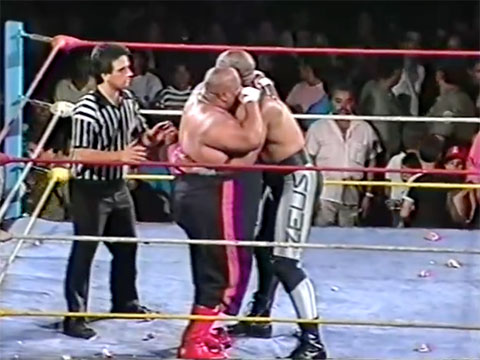 Then just because things may have been getting a little too out of control, we go to that tried and true of wrestling holds: the bear hug!

What is the deal with every horrible wrestling match having a 2 minute bear hug in the middle of it?

Seriously, think back to the worst bout you’ve ever seen and tell me it did NOT have one.

More wild windmill punches follow. I’m sure you missed them.

At first glance you may think that is just one clobbering blow that I’ve looped. Watch closer and you will realize that is not the case – he’s literally hitting him with six of those in a row. This was a repeated action by a man attempting to involve the crowd in this match.

If you think it served its intended purpose in any possible way, might I point out the garbage on the mat. That would be from the fans in the crowd.

So I don’t think it quite worked. 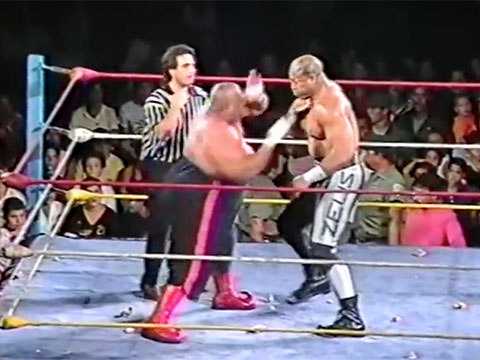 Abdullah gotta Abdullah of course, so he pulls a gimmick out of his tights and chops Zeus in the throat with it. The big guy collapses to the mat for a bit, but soon enough he regains his composure and comes back with…say it with me…

But can you come up with a better term?

This incredible elbow drop follows. What a display of athleticism.

Why I can just imagine a young Orange Cassidy looking at this attack and thinking, “You know what…

We then get something I’ve never seen in all my years – an honest to goodness Irish Whip.

An Irish Whip BY THE JUNK.

Seriously, what on earth was Abby digging for there? Do I want to know?

It makes my whole “Windmill whacking” terminology above look positively virtuous in comparison.

Hey, remember that ludicrous clothesline I posted a couple weeks back?

Why I can just imagine a young Zeus and (not so young) Abdullah the Butcher looking at this attack and thinking, “You know what…

…we can do that…and somehow make it even worse!”

Not sure if you’ve picked up on this yet, but this match is quite awful. But don’t give up quite yet, as we’re about to get…

I think that was supposed to be a monkey flip, but I could easily be convinced otherwise.

Give your best guess in the comments below.

And care to guess what we get next?

Why I can only imagine a young Shane McMahon looking at this attack and thinking, “You know what… 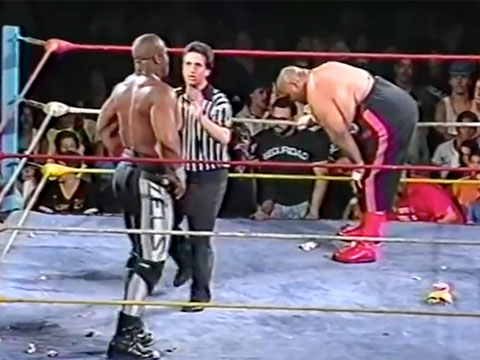 At this point, both guys just stand up…and for all the world it looks like the match is STARTING OVER.

What on earth did I do to deserve such a fate???

At this point, Abby kicks Zeus in the weiner and takes over. But if you think a shot to the genitals is going to slow the big guy down, well… 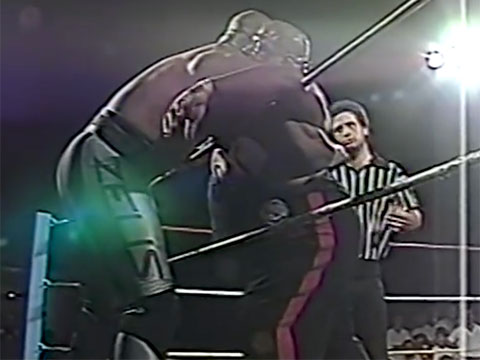 And then we get yet ANOTHER bear hug, this time with Zeus also clamping onto the ropes.

It’s not QUITE the double bear hug Arcidi and Atlas gave us, but it’s close.

The match ends with both men outside the ring. Zeus grabs a bright yellow…something…and gently lays it across Abby’s feeble noggin. He follows this up with more of the Zeus specials as both men just kinda wander backstage. I think it was a double count out, but honestly after watching this, I am too braindead to even check cagematch to be sure.

As I’ve been on this journey the last month or so, I honestly am not sure what the worst match of this unholy trilogy has been. Is it Arcidi vs. Atlas? The Helmet Match? Or this debacle?

And dare I even ask if one of you has seen something more horrendous?

If so, leave it below.

My work is seemingly never done.